The self-help genre tends to be pretty hopeless. You never see authors promoting their self-help books with follow up studies or anything that looks like evidence. Instead you see anecdotes dressed up as science, dubious before-and-after shots, and the kind of hand wavy nonsense that gives marketers in general a bad name. Despite having a few family members that are into it, and despite drinking that particular flavour of Kool-Aid myself as a teenager, these days I do everything I can to avoid self-help.

A while back Jeff Atwood wrote a post about a self-help book that I’ll talk about here, and he had some positive things to say. Jeff’s a pretty bright guy, so this surprised me and made me think I should perhaps reconsider my position. I’ve been shifting gears in the last couple of months, thinking about what it is that I really want for my life, and so, looking for guidance, I let down my guard and read a few well recommended books in the self-help genre. I’m going to talk about three of them here, in order from worst to best. 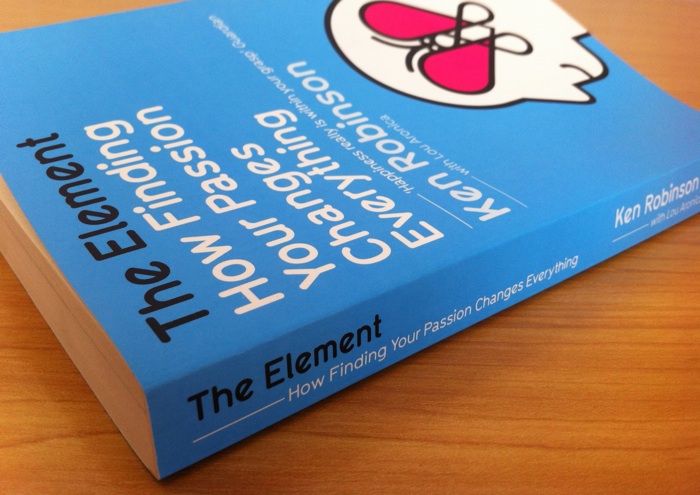 Riding on the coat tails of his widely watched and fairly entertaining TED talk, Ken Robinson’s book The Element aims to flesh out the argument he made at TED more fully, and, I don’t know, make some money? I honestly have no idea what the purpose of this book is.

It starts strong, with convincing arguments about how the school system fails our children, how we keep kids drugged up to the eyeballs, and parades a seemingly endless cast of characters before us to demonstrate that traditional methods of teaching aren’t working for everyone. Robinson succeeded in convincing me that in order to live self-actualised lives we have to find our passions and discover the place where we are in our element.

Then the book ends.

Seriously, that’s it. No how-to guide. No directions on how we might get from where we are to where we want to be. That’s it. You’re on your own now. Good luck.

It felt like the book was half finished, with considerable discussion of the problem, and very little attention to the solution. I felt like I’d been had.

I could rant about this for a while, and in an early draft of this post I did exactly that, but it’s pointless to drag this out. Suffice it to say, I was pretty upset.

The post Jeff Atwood wrote that started this whole thing off, was about 59 Seconds by Richard Wiseman. It’s a remarkable and unique book that takes the evidence collected by psychology researchers, strips it from the dry academic tomes where it’s being held hostage, and presents it to us mere mortals in a readable and accessible way.

There’s a lot of great stuff to learn about in psychology that’ll change the way you perceive the world and perceive other people. What makes it interesting is that it’s so counterintuitive. Psychology has a habit of pointing out the bugs in our mental software that most of us go though life completely oblivious to, and through having these problems pointed out to us we can learn to work around them.

For example: Does talking about traumatic events from your past helps you recover from them? The evidence suggests it doesn’t (writing about them is more effective, supposedly because it forces your brain to form a coherent narrative). Yet for many victims of trauma, talk therapy is sometimes the first thing they seek out.

59 Seconds is also surprising, in that it offers up evidence that many self-help books are full of crap.

Does spending some time visualising having already achieved your goals make it more likely that you’ll follow through? Nope. Sorry. Apologies to all the “law of attraction” fans out there, but there’s no evidence of that. In fact there’s some evidence that it might reduce your motivation to get whatever it is you’re aiming for. 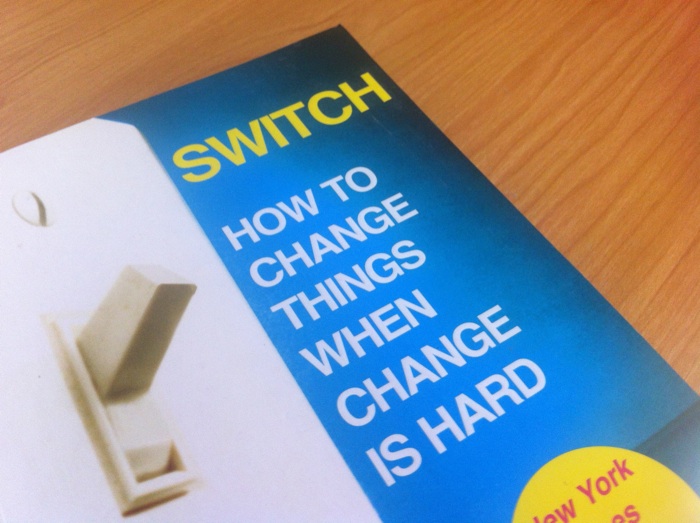 The last book I want to talk about is Switch by Chip and Dan Heath. This book deals specifically with change, which is what self improvement is really all about. Switch takes a broader focus, teaching us how to create change not just in ourselves but in groups and organisations that we lead.

The book revolves around a central analogy of an elephant being guided down a path by a rider. The elephant in this analogy is our subconscious. Big, powerful, irrational, and kind of reckless. The elephant has enormous power over the direction it travels in, but it can’t make plans or deliberately make sacrifices for the greater good. The rider in this analogy represents our conscious mind. The rider can think long-term, make plans and goals, and exerts some influence over the elephant, but is comparatively weak. Finally we’ve got the path, representing our environment and the people and conditions that we work with.

Now the rider can (for a while at least) wrestle the elephant, and force it to go where it doesn’t want to. We call that self discipline. But how long does that last? Eventually the rider gets tired, wears out, and the elephant gets its way.

The point the authors are trying to make here is that when we try and fail to change something with willpower alone, it’s often not a symptom of laziness, it’s exhaustion. Reading that point was revelatory for me.

Switch is broken into sections on how to direct the rider, guide the elephant, and shape the path. In doing so, the authors argue that we’ll increase our chances of success by creating an environment where following through on the goals we set is more natural than ignoring them or putting them off for another day. I know achievement without willpower sounds like something that’s too good to be true, but Switch is a compelling and convincing book that is grounded in reality.

I’ll wind up this very disjointed post by saying that while I probably won’t be signing up for the next feel-good positive-self-talk seminar that comes to town, my opinion on self-help has softened a little from reading these three books (well, the last two anyway). There is some honest to goodness value here if you’re prepared to spend your time on writers who focus on stuff that actually works.